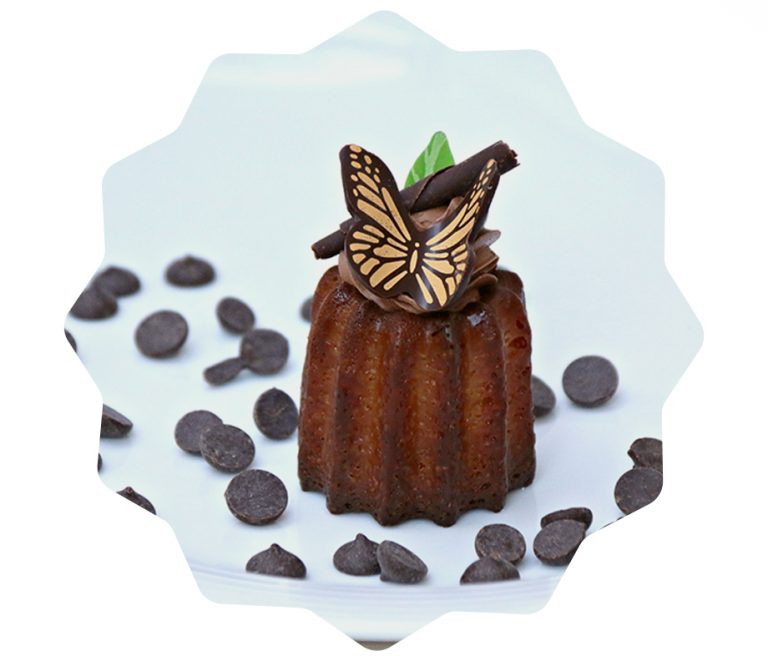 The Story:
According to Mexican legend, Quetzacóatl descended to Earth by the rays of a morning star and gave the local people the gift of a very special plant. The plant grew into a little tree which flowered incessantly and Quetzacóatl picked up the pods, roasted the kernels and taught the local women to grind them into a fine powder. The women then mixed the powder with water and whipped it into a frothy drink which they called Chocolátl. Chocolate was born.

Dark Chocolate Canelé:
A caramelised crust with a soft custardy heart, this Canelé is filled with a luxurious dark chocolate ganache and topped with a chocolate butterfly.
Contains milk, gluten (wheat), eggs and soya. Made in an environment that handles nuts and soya.