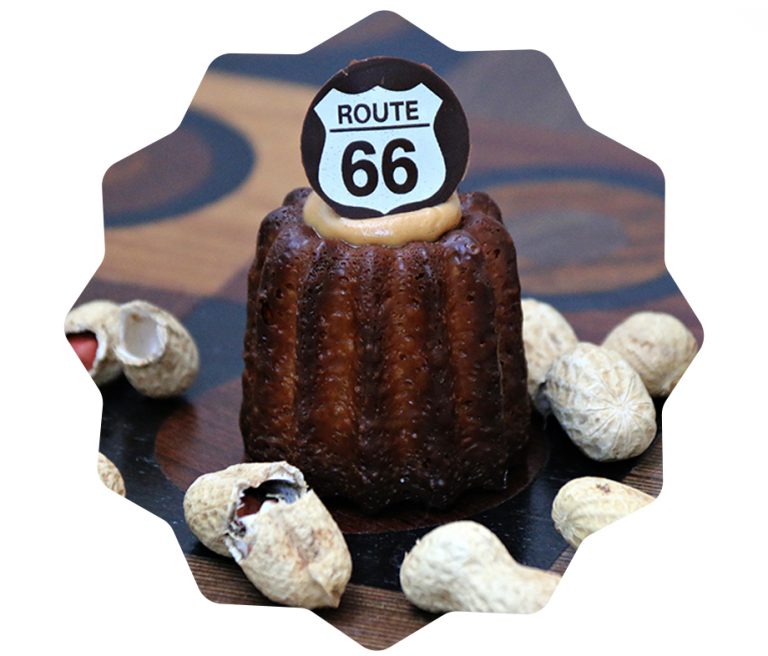 The Story:
While peanut butter dates back to the Aztecs and Mayas and was first patented by a Canadian man in the 19th century, we have chosen to celebrate this paste as an “American” classic. Adrian is a small city with a population of 159 in the middle of the iconic Route 66. A daring marriage between a French and American classic.