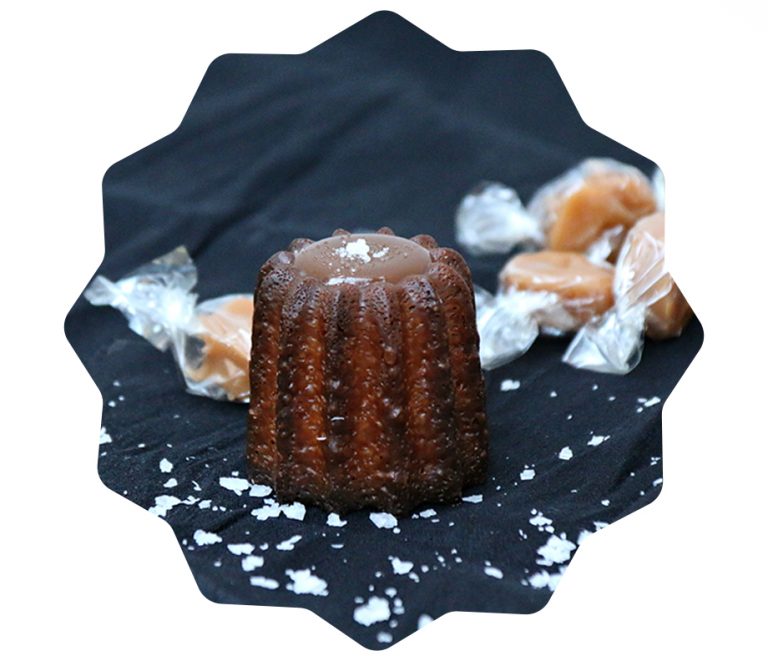 The Story:
The Azalaï is a semi-annual salt caravan route travelled by the Tuareg traders in the Sahara desert between Timbuktu and the salt mines of Mali. The caravans still cross the desert today even if camels have mostly been replaced by trucks.

Salted Caramel Canelé:
A caramelised crust with a soft custardy heart, this Canelé is filled with a velvety caramel sauce with the right balance of sweetness and a hint of Fleur de Sel.
Contains milk, gluten (wheat), and eggs. Made in an environment that handles nuts and soya. Alcohol free.