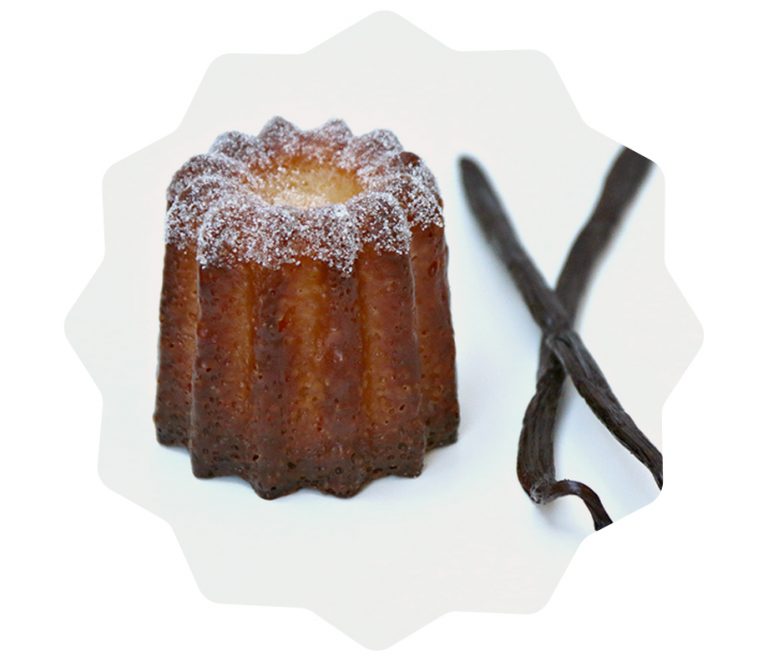 Original Canelé:
A caramelised crust with a soft custardy heart, this original Canelé is lightly scented with natural vanilla extract.
Contains milk, gluten (wheat), and eggs. Made in an environment that handles nuts and soya. And alcohol-free.